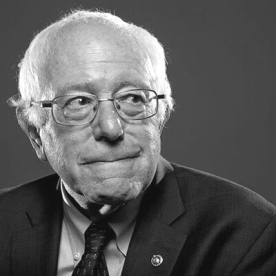 That’s what makes the reaction to Barney Frank last week so startling. Frank committed blasphemy in the eyes of Sanders supporters by pressing for details on one–it doesn’t even matter which–of Sanders ideas. It took only hours for the standard response to show up in the Huff Post: “Where has Barney Frank been for the past 25 years?”

I suppose you could have missed Barney Frank if you were trying hard enough, and a lot of people were. But for starters, he was the one fighting for and passing the Fair Housing Act, which banned discrimination of HIV positive individuals. He was the guy fighting for and passing The Grove City Bill, which bans discrimination against HIV positive people from social services, or any service, that uses federal funds. He was the guy calling for emergency funding to shore up the AIDS Drug Assistance Program and that was him making the case for the Employment Non-Discrimination Act for the past decade.  He was also that guy who charged onto the House floor and threatening to out every gay Republican in Congress if they dared make sexual orientation grounds for denying security clearance (which they were about to do).

It’s not the first time Sanders surrogates, or the candidate himself, seemed to think LGBT history is open for revision. Sanders repeats the claim that he “was there” on marriage equality right from the beginning as though he’s actually begun to believe it. But history revised is history stolen.

LGBT history is particularly susceptible to revisionism because so little has made it into main stream consciousness.  The Stonewall-era activists didn’t leave much of a written legacy. They were more likely to be hijacking John Lindsay’s state-of-the-city address than drafting philosophical positions. Compared to other social movements, they leave a thin volume of memoir and reflection. That’s because by the 1980’s many had fallen to the only thing that could ever silence them. Their role in fighting AIDS, and the many battles that followed, is in the form of the intrepid spirit they left to future generations.

Whenever you co-opt the past you compromise the future. Sanders presents his vote against the Defense of Marriage Act as a grand statement on the dignity gay families. But it was far from it. He described his vote, at the time, as defending state’s rights not human rights. It was the same position that Mitt Romney held and had nothing to do supporting gay families. As much as this revisionism lifts Sanders, it diminishes the courage of men like Jerrold Nadler (D-NY) who actually were there. Nadler introduced a bill to repeal DOMA at every session of Congress since it passed in 1996 and did it for the right reasons.

Sanders considers approving a Pride march while he was mayor of Burlington Vermont, a hallmark of his courageous leadership. In fact, approving a parade that your not even willing to march in as late as 1983, is closer to acquiescing to the norm than leading the way. Mayor Thomas Menino, was there in 1983.  He didn’t just march in the Pride parade, but began boycotting Boston’s legendary St. Patrick’s Day Parades that year because the sponsors banned gay groups.  Mayor John Lindsay was there, supporting a parade and ordering the NYPD to stop entrapment as early as 1970. Mayor George Moscone was there, vigorously opposing anti-gay city ordinances right up until the moment he and Harvey Milk were assassinated in San Francisco City Hall in 1978.

Most egregious of all, is Sanders’ own claim that “didn’t have to evolve” like his opponent, but was “there from the beginning” on marriage equality.  Two years after Chief Justice Margaret Marshall was there, crafting her historic decision as a call to justice, Sanders was still missing the call altogether.  As late as 2006 he’s on record stubbornly clinging to his opposition to marriage equality in his own state.

While he pretends to have placed principle above political ambition, some actually did and they paid for it.  Chief Justice Marsha Ternus was there, along the with the elected judges on the Iowa Supreme Court.  They were threatened with losing their careers, and were eventually forced from the court, for having the courage to rule unanimously in favor marriage equality regardless of consequence. Every time Bernie lies about his principled position, he diminishes theirs.

Governor Andrew Cuomo was there, risking his new-found political capital pushing the New York Assembly to approve marriage equality. Sanders waited until after the Vermont legislature had already approved it to chime in with his support.

Governor Jerry Brown was there too. He signed a bill to tell the truth and teach Gay and Lesbian History in California schools. It is just the first step in very long journey. But, when the truth is told and the heroes are named, part of that truth will be this:  Bernie Sanders’ name was never there.