It is a magnificently American irony. A man who fought so hard to keep women out of Princeton University, ends up along side one of those Princeton women on The United States Supreme Court deliberating, no less, the biggest civil rights case in a generation. With only eight other in people world doing this job, what were the chances? But this is precisely the kind of thing Sam Alito was worried about. 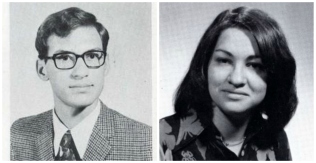 To be clear, no one should hold Justice Alito to views he held decades ago. If this were a case of youthful exuberance, a collegiate ideology long since  tempered by maturity and pragmatism, I’d join the endless parade of white guys who defend him. But, the problem with Sam Alito isn’t just bygones.

The problem is not that he joined a group whose primary purpose was limiting the number of women admitted to Princeton (not just limiting the impact of Affirmative Action: they also opposed gender-blind admissions). It’s not that he claims to have been active in the group well into the 1980’s or bragged about it to prove his reactionary credentials when seeking a promotion in Reagan administration.  It’s not even that Justice Alito argues from a myopic world view centered on race and gender. The problem is that he demonstrates no ability nor interest in entertaining any other perspective. And he doesn’t see a damn the wrong with that.

During last week’s opening arguments on marriage equality (Obergefell v Hodges), Alito offered a stunning display of pretense and irritability. He was hardly the only one failing to see beyond the prism of his own experience, but he never appears to struggle with alternate viewpoints.  He dismisses them out of hand.

His dependence on ad populum fallacy belies his training. It also illustrates that narrowness of his thinking. He asked Mary Baunato (plantiff) if we can “infer that all those nations and cultures thought there was some rational practical purpose for defining marriage that way or is it your argument that they were all operating independently based solely on irrational stereotypes and prejudice?”  Playing off Justice Kennedy’s notion that millennia of tradition can’t be wrong, he seems legitimately perplexed. Irritated that Baunano doesn’t immediately grasp his assault on logic, he quickly loses patience with her reasonability : “You’re not answering my question.”

Just as Chief Justice Roberts can’t see how marriage has changed in any substantive way–because it hasn’t for him–Alito can’t see the error in subjugating a class of people that isn’t his class of people. For both, the defense is that it has always been that way and has served them just fine, exquisitely in fact.

Apparently having heard enough, Justice Ruth Bader Ginsburg leisurely interjects: “[The plaintiffs] wouldn’t be asking for this relief is the law of marriage was what it was a millennium ago…Same-sex unions wouldn’t have opted into a pattern of marriage which is a dominant and subordinate relationship.”

Alas, Justice Alito and Justice Ginsburg seem on equal footing. They make equally compelling cases for why we need women and minorities at Princeton, at Columbia and, God knows, on the Court.