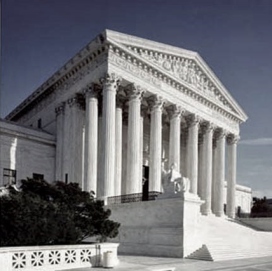 Scott Lively is nothing if not newsworthy. A public figure whose work has had punishing–often devastating–impact on thousands of people around the world, he likes to be described as “a lawyer, author and activist.” Although you really can’t argue with any of those, nearly all of the reporters who have covered him would consider it intellectually dishonest to ignore the rest of his story.

He is a defendant charged Crimes Against Humanity. Lively made a name for himself in Uganda as an “expert” homosexuality.  He helped draft and promote an infamous law imposing long prison sentences and, in some cases, the death penalty for homosexuality.  Uganda’s highest court eventually abolished the law, but Lively’s supporters continue his work.  He was recently handed a defeat when the First Circuit Court, denied his petition to dismiss and will stand trial for mass persecution of a minority.

He is also an author and master of exploiting the desperate and violent. His work,  The Pink Swastika, which argues that gays engineered the holocaust and warns of a homo-fascist agenda, has led to a 50-city speaking tour in Russia. He has thanked President Putin for sharing his vision and he personally takes credit for his role in increasing anti-gay intolerance and violence.  Mr. Lively also practices what he preaches; he was ordered to pay $30,000 in damages to a lesbian photographer he attacked and dragged around by the hair.

So, “lawyer, author, activist,” in any context, may be perfectly true, but indisputably inadequate. In the context of LGBT issues, though, concealing his background is concealing the truth.  It is lying by omission. What Lydia Wheeler has done in The Hill goes even further.  She doesn’t ignore his history, she rewrites it in order to give his position credibility. Her article, Faith Leaders Demand That Liberal Judges Sit Out Gay Marriage, is unequivocal, intentional lying.

It’s also the kind of thing I wouldn’t normally notice. I mean, everyone’s got a dog the fight. The point isn’t really reporting the news, it demonstrating how it proves you’re were right.  Fox might as well just end every broadcast with “we told you so!” But that’s what makes the Lydia Wheeler piece extraordinary: it’s not what she did it’s where she did it. The Hill, as Lively himself recently bragged, “is one of the most read and respected news sources inside the beltway.” In this case, he’s actually got a point.

When Lively showed up in D.C. last month to hold a “press conference” hardly anyone noticed. He was taking time from his other important work, raising public awareness of President Obama’s role as the antichrist leading a satanic-gay army into Armageddon.  He brought along a small cadre, a who’s-who of the Southern Poverty Law Center’s Hate Groups.

Lydia Wheeler, covering the event for the The Hill, reported a coalition of “religious leaders” had gathered to demand two Supreme Court justices recuse themselves from the marriage equality case.  The “religious leaders” is Scott Lively (the tense switch is hers, intentional and entirely transparent).  His lack of any affiliation to a religion, ordination, theology, ecclesiastical association, accountability, representation or anything typically associated with the term seems beside the point.

To be clear, it wouldn’t be Wheeler’s job to judge the quality of the title.  But, something remotely resembling vetting might in order when you’re using the same description you use for Archbishop of Canterbury.

A pile of empty boxes Lively posed with are described as “300,000 symbolic injunctions.”  But why nothing equals 300,000 as opposed to 3 or 3,000,000 or what “symbolic injunction” actually means, are apparently not worth asking.

I’m not going to go through the line by line absurdity. The fact is, not a single word in this story was meant to reflect reality.  It was as much an act of kindness as act of deceit. It was a gift Lydia Wheeler handed to Scott Lively courtesy of The Hill and God only knows the occasion.

For Wheeler it’s no big deal, she has so little to lose in terms of integrity or respect anyway. For Lively it’s the best opportunity he’s ever had to look legitimate. For The  Hill, it is a stain that won’t, and certainly shouldn’t, be forgotten for a very long time.

[I provided links to the stories about Lively’s bizarre activities and, in most case, had several options: they are well publicized. I did not, however, provide links for any information that came from his own website.  I’m no more comfortable doing that, than linking readers to neo-Nazi or White Supremacist groups.  If you want to see his vile work, he’s easy enough to find.]