In August 1967, there was little disagreement about the sexiest, smartest, sultriest–and some would say–savviest, woman in country music.  Bobby Gentry seemed to come out of nowhere to dislodge the Beatles from their number one spot on Billboard Top 100 and held it for a month. But, that was just the beginning.  Her mastery of Southern Gothic themes, cinematic approach to song writing and compassionate insight resulted in the one the most recognizable and performed songs of her generation. With “Ode to Billie Joe,” she crafted one of country music’s most alluring mysteries, then she became one. 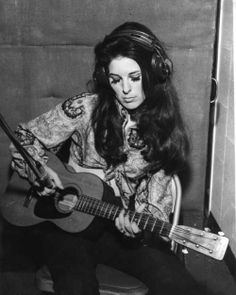 Bobby Gentry was formidable picker, a self taught pianist and vibes player, pioneer of the concept album, writer, painter, a daughter of the wayward South whose narrative arches and Gothic characters echoed the voices of Eudora Welty or Flannery O’Connor.

She wrote “Ode to Billy Joe” when she was 23 years-old and recorded it in a single take.  The record sold 750,000 copies the first week and secured her an opportunity rarely afforded women in the 1960’s.  She wrote nine of the ten songs on her debut album and began a body of work that would, decades later, be seen as the foundation for the concept album.

The lasting impact of “Ode to Billy Joe,” is the economical narrative arch that would become her trademark.  Her ability to inflate a story’s complexity through carefully placed textual references, set the bar for Americana artist like Lucinda Williams and Rosanne Cash (who poses on the Tallahatchie Bridge for her latest album cover).

She could delight the press with occasional glimpses of her process, and her insightfulness.  Asked why Billy Joe McCallister jumped off the Tallahatchie Bridge,  she answered “Those questions are of secondary importance in my mind. The story of Billy Joe has two more interesting underlying themes. First, the illustration of a group of people’s reactions to the life and death of Billy Joe… .Second, the obvious gap between the girl and her mother is shown, when both women experience a common loss.”

She could also cause traffic accidents crossing La Cienega Blvd in a mini-skirt.  Forty years later,  arranger Jimmy Haskell still recalls his first impression of her and her legs. In fact, in a recent BBC documentary, every man interviewed for the special recalled her physicality with remarkable precision. Bobbie used Final Net, Maybelline and Betsey Johnson minis with the same adeptness she handled her Gibson five string.  “Bobbie made no bones about it,” says writer, Holly George-Warren, “she was hot and she wanted to look hot.”

Years before George-Warren and Rosanne Cash and Lucinda Williams reignited an interest in Gentry, before she’d become the subject of songs by Jill Sobule and Beth Orton, Bobby Gentry dropped from sight.  Her departure was sudden, deliberate and complete enough to make it ripe for legend.

Every once in while, her friend’s cousin or cousin’s friend or somebody who knows someone will turn up a tidbit: she paints in her antebellum home off the Savannah coast,  she lives reclusively off the vast dividends of her Vegas investments, she’s not really hiding, just living quietly in L.A.  Haskell says that she called him once, when Reba McIntire covered “Fancy.”  She chatted, wanted to know what he thought, said she had new material, then vanished, refusing to return his calls.

In 2011 the BBC broadcast, “What Happened to Bobbie Gentry?,” Cash posits a few plausible, but baseless, theories.  Was she just to much of a contradiction? an unclassifiable mix of sexy and smart? Maybe pop-music culture was just too much for so poetic a soul. Maybe she’s got other priorities or is just too tired, too old or never really cared for fame, or maybe she’s got a problem.  Any theory is fine: all are plausible when none are provable. That’s not a bad thing, it’s just what we do. Few of us can accept that silence is, sometimes, just silence or that nothing really means nothing.

After recording her song,  “Where’s Bobby Gentry?,” Jill Sobule said that she found an address from an ASCAP contact and wrote Gentry a letter. “Dear Miss Gentry, I just wanted to tell you what an inspiration you’ve been… You told me that girls could do it too.” There was, of course, no reply. A few years after the letter, Sobule  fantasized a response and posted it on her website.  Gentry comes across her blog, calls her and ends up recording a comeback duet, in her imaginary response.

I’ve also got an imaginary response.

See, the original version of this blog post was a crafted, pretty, yet thoroughly baseless theory of what happened to Bobby Gentry.  I covered all that stuff about being a sexy, smart girl in a world that demands easy categories in a time when women were so easily objectified and fought so hard to be heard.

In my Jill Sobule moment, Bobbie stumbles across my blog. She calls me up and, in that smoky Mississippi drawl, she says: “darlin’ you know that speculation is cheap, right?”

I answer, quicker than real life would allow,  “yes, Miss Gentry, but that’s all you left us.”  There’s a long pause and I can almost feel her smiling through the phone. “Baby,” she says, “bless your sweet heart.”… Click.